“But this is how we do it in Canada.”

Discrimination as a Barrier to Seeking Help with Domestic Violence 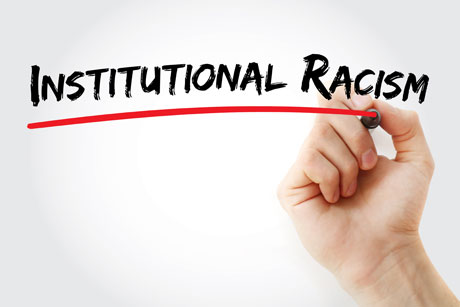 During my Master’s degree at Wilfrid Laurier University, I noticed that there were a very limited number of recent articles available in Canada on the issue of visible minority immigrant women experiencing domestic violence (DV). The literature that was available on DV experienced by immigrant women in Canada tended to focus on South Asian women, and did not reflect the diversity of experience that I was interested in.

I decided to embark on a research project that focused on individuals’ experiences with DV based on their position as visible minority, women, immigrant, and economically disadvantaged in Southern Ontario. Visible minority immigrant women’s stories set the basis for my research, and were a critical source of insight – it is essential to include the voices of those directly affected by DV. I also interviewed DV professionals to provide complementary and contrasting views.

They also face structural barriers such as:

Discrimination found in services is a key barrier to seeking help for immigrant women experiencing abuse. Several researchers have pointed out how front-line workers’ negative understandings of culture can lead to barriers in accessing services for many visible minority immigrant women dealing with DV. Some common challenges include the tendency to stereotype DV as part of an ethnic group’s culture, and culture is often seen as having “influential explanatory power” when violence happens in communities of colour and immigrant communities. DV experienced by visible minority and immigrant women is “less visible... something that can be overlooked or even excused for ‘cultural reasons’”.

Harmful stereotypes about culture can have real life consequences for many visible minority immigrant women.

Researchers have found that mainstream service providers in Canada may “fail to provide culturally appropriate supports and interventions that can empower these women” and also may also participate in stereotyping different cultures and religions as “inferior, primitive and barbaric”. Therefore, some social services may be unsuited to respond to the DV that visible minority immigrant women are experiencing.

Anamika (not her real name) was a key participant in my research, and was an extremely valuable person to talk to because of her lived experience with DV, and now her work as a professional in the DV field. Anamika discussed her experience with seeking help when she was living with abuse, particularly the obstacles that she faced due to the harmful perceptions of culture held by certain professionals. She shared that in her experience, unprofessionalism and ignorance have been key obstacles:

Anamika also shared that clients should not be facing ignorant comments such as, “I am so sorry this happened to you, this is because of your culture, right?”

Anamika continued, “That’s why I feel like immigrant women go through way too much, because for them to get help for one thing, they have to go through all [of these] unnecessary attacks” that have little to nothing to do with why they are in their situation. She has also witnessed the following harmful attitudes from professionals in her work experience, who have said things like: “Why don’t they just leave? This is part of their culture…this may be common for them and okay for them, but that’s not how it works [in Canada].”

Anamika tries to pass on what she has learned from these experiences to professionals:

“It’s already overwhelming for newcomers, and then when they get targeted like this, it’s even worse [because] I didn’t need that. I was already going through a trauma. I didn’t need this additional drama or stress.”

She added that living with abuse or leaving an abusive situation is traumatic for any woman, regardless if you are a newcomer or a long-term resident; however, for a newcomer woman, it’s double the trauma because they are attacked form both sides. She shared that for the long-term residents that are white Canadians, although it is traumatic for them when they leave abuse, one thing that is positive in their experience is that they do not face discrimination the same way as a visible minority newcomer immigrant woman:

“No one is targeting them by saying this is because of your culture or your religion…they are abused by their partner, but at least they are not being abused by society or the community. An immigrant woman is being abused by her partner and his family, and when they are slowly preparing to leave, because it’s scary, it’s a new country, the only familiar face is her husband, who is abusive. So it’s a while for her to make that decision to get out of the relationship, and when she is prepared to leave that situation, she gets abused and targeted by the community.”

I also interviewed Hasina, a professional in the DV field. Hasina spoke about the harmful idea of “liberation” and how service providers can belittle women who wear hijab by saying things to them like, “Just so you know--you are here now, take off your hijab, you are safe.” Meanwhile, the women are actually like, “it’s a part of my liberation to wear this.” Hasina emphasized that it is really important to have spaces that are anti-racist, feminist and understanding. Along similar lines, Mariam, another professional, shared that we should stay away from making remarks such as, “But this is how we do it in Canada.” She explained that comments such as these dismiss everything the women believe in. She noted, “It’s good to explain to them how it is in Canada but don’t expect that they are just [going to say], ‘oh yeah, yeah, yeah, let’s do it that way.’” Hasina and Mariam’s comments show that it is crucial to have inclusive and non-judgemental spaces where visible minority immigrant women can feel safe. Otherwise discrimination can become another barrier for them in seeking help with DV.

Several of the women I interviewed shared very similar viewpoints about professionals needing more training. Specifically, Anamika said, “I feel like there is no training at all. And even if there is training, it is being provided by white Canadians who think what they are saying is diversity training and cultural training, which is like from their perspective”. She further added that there should be a level of accountability “because any time these kinds of things get reported, [the response is] like, ‘that’s not what they meant, you are just thinking in a different way, you always feel that people are discriminating against you.’”

Hasina also noted that DV workers in general do not have enough training when working with marginalized groups. Specifically, she recommended anti-racism training that is ongoing: “I think the problem with anti-oppression training is sometimes they’re like a catchall, and they’re like, ‘Okay, you did it in one-day.’”. The findings of my research revealed that in order to tackle some of the harmful attitudes of professionals and service providers, there is a strong need for consistent and centralized training programs that are anti-racist and anti-oppressive, in addition to feminist, so as to confront some of the issues of racism found within services.

Discrimination continues to be an issue that can impact many visible minority immigrant women who seek help with the abuse that they are experiencing. Negative and damaging attitudes held by professionals and service providers can not only affect these women’s access to fully benefitting from these services, but can also deter them from seeking help through these formal avenues. It is important to provide training programs that are centralized and consistent across all organizations so as to eliminate the gaps found within services, as a result of the harmful stereotypes and assumptions held by certain professionals.

Although gender and racial equality is entrenched in the Human Rights Code, it has yet to be realized in practice, as the majority of women continue to be at risk for DV, and many others continue to face discrimination, which makes them even more vulnerable. The potential for any real change will have to involve systematic changes. Until then, we need to push for anti-racist services, policies and programs that could benefit visible minority immigrant women dealing with DV in Canada.

Masiya Ahmadzai completed her Bachelor of Arts degree in Political Science at York University and her Masters of Arts degree in Social Justice and Community Engagement at Wilfrid Laurier University. She is currently doing her Juris Doctor (JD) degree at the University of Windsor, Faculty of Law.